Blog
You are here: Home / Blog / Guylaine Vallée: Your Palmistry Coach / To Love or Not to Love: Peter’s Story

Peter was a broken man.

His once happy life shattered the day he came home early from teaching high school drama and found his wife in bed with his best friend. In short order, his 15-year marriage crumbled; his house and his life savings vanished in the divorce settlement and, worst of all, his ex-wife whispered lies into his young children’s ears and turned them against him.

In the months and years that followed, Peter hardened his heart against the world and, outside of his classroom duties, withdrew from most human interaction in order to protect himself. He all but lost the ability to trust anyone and only reluctantly agreed to see me at the repeated urging of his school principal, a long-time client of mine.

While I was taking his handprints, I asked Peter what he was teaching his students.

“Hamlet,” he said flatly. I knew that Shakespeare’s great tragedy is the story of a young man whose faith in love and life is destroyed by the treachery of those closest to him. 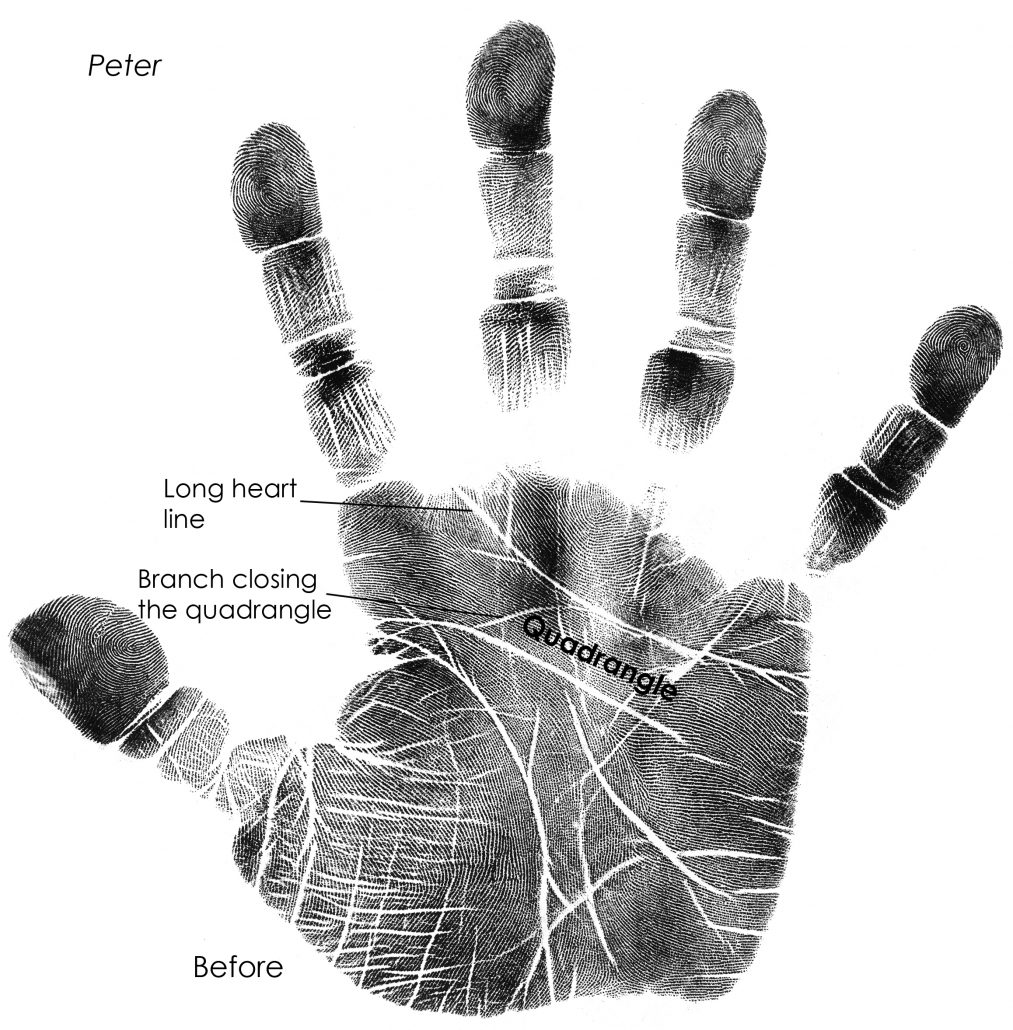 It was a story being played out in Peter’s palm. His heart line was long and optimistic, but it had developed a downward branch—a sure sign of hurt and mistrust. The heart line branch plummeted toward his head line and entirely closed off his quadrangle. The quadrangle, located in the midsection of the hand, formed by the lines of head and heart, is referred to as the “landing strip of the angels”—it opens us to inspiration and love by inviting others into our lives.

“Peter, what is Hamlet’s most famous soliloquy?” I asked.

“To be or not to be,” he answered. “Hamlet asks himself if it’s better to suffer the pain and betrayal he’s endured, or choose the less painful option of killing himself.”

“But were those his only choices? The law of Karma deals all of us painful situations, but those situations are intended as lessons to help us grow and evolve as human beings. We can’t evolve by killing ourselves, and we don’t grow by hiding from the world. Hamlet had the choice of using his free will to choose love—he didn’t need to lose himself in his pain, anger and confusion. He asked the wrong question—the question isn’t to be or not to be, it is whether to love or not to love.”

“Guylaine, I appreciate what you’re saying, but I can’t change what has happened to me,” he said.

“That’s true, Peter—but you can change how you perceive it, and when you do . . . your heart line will change, and so will your life. The love you had for your family was your strength, not your weakness. Despite what happened to you, you have to use that strength and love again.”

Peter stared at me for a long time, then laughed. “This is not what I expected from a palmistry consultation.” 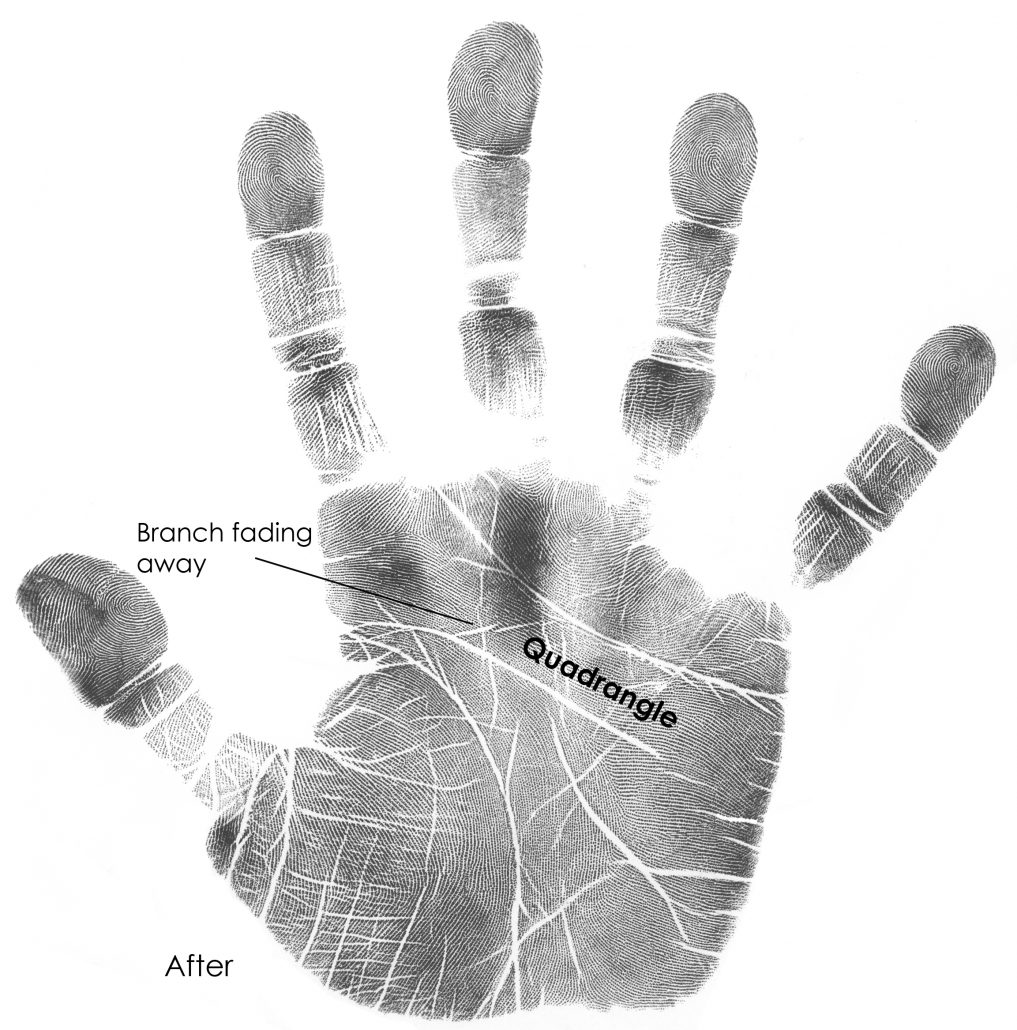 He returned to see me a year later and was a changed man. Not long after our first consultation he began volunteering as a guidance counsellor and coach for troubled youth. He had poured his heart into helping them, and his heart responded. The negative branch that had been impeding his quadrangle and closing him off from the world was fading away.

“What’s changed in your life, Peter?”

“Nothing . . . and everything,” he said. “I’m still broke, my ex-wife is asking for more money and my own kids still refuse to speak to me. But if that wasn’t the case, I probably wouldn’t be helping others the way I am now. I thought a lot about what you said Guylaine. You were so right—the question isn’t to be or not to be, it really is to love or not to love. And the only answer, the only real choice, is to love.”

My personal palmistry coaching program is designed to eliminate whatever is blocking you from happiness and fulfillment. We will focus on removing self-defeating attitudes, developing confidence and charisma, attracting love, strengthening your relationships or building a successful career. Whether your goals are short-term or long-range, I’d be delighted to help you achieve them. Together we can change your life as we change the lines in your hand.

Gemini Hosts the First Full Moon of the New Year