You are here: Home / Cosmic Events Coming Your Way

Cosmic Events Coming Your Way on What’s Up with The Planets!

A Major Cosmic Shift: After 14 Years in Aquarius, Neptune Returns Home to Pisces 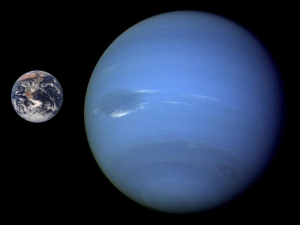 After 14 years in Aquarius, Neptune is moving into Pisces, where it is most at home. This is a major shift in the cosmos, which will have a major impact on our lives. Neptune officially enters Pisces on May 19th and will remain there until August 5th.

So, over the next few months, let’s enjoy the benefits of Neptune being in its home sign, which brings out the very best qualities Neptune has to offer. These qualities include sensitivity and empathy, reminding us that we are all interconnected. Neptune is the higher octave of Venus and radiates with a selfless and universal love; it has the power to dissolve boundaries between us and others. And while it is in Pisces, Neptune represents a boundless source of compassion.

So for the next three months, enjoy the random smiles coming your way, and don’t forget to share the love!

Don't miss the 200th Facebook webisode of What's Up with the Planets on May 19th to find out more about Neptune in Pisces
and how you can enter our special draw.

* If you are using the Tropical system of astrology, which had Neptune entering Pisces almost a decade ago, our calculations may come as a surprise to you. We practice Vedic astrology, which calculates the movements of the planets differently than in the West.

And for all of you practitioners of Jyotish, we use the ayanamsha of Sri Yukteswar, which has Neptune entering Pisces on May 19th, where it stays until August 5th before retrograding back into Aquarius until March 11th, 2022. After that, Neptune returns to Pisces, where it will remain for the next 14 years until March 8, 2036.